Sensors are a means of providing feedback to a control system, so that the operating parameters of an application can be continually adjusted for optimal results. Pneumatic cylinder sensors can be used to measure various parameters. Their typical function in pneumatics is to detect the position of a pneumatic cylinder during its operation by means of proximity switches.

What Is A Pneumatic Cylinder Sensor?

The phrase "pneumatic cylinder sensors" usually refers to position sensors, which are important in applications where the piston's linear position is critical. Position feedback is provided by sensors mounted on the cylinder. It’s passed to the control system so that it can make necessary operational adjustments. Sensor proximity switches can be of an inductive mechanical type, but more common is a magnetic proximity switch and position transmitter connected to a control system.

What Are Pneumatic Sensors Used For?

The sensors deliver electrical signals via a transmitter, reporting the piston’s position to a control system. The feedback provided by position sensors offers an additional layer of security, ensuring that the piston is ideally placed to drive crucial applications.

Pneumatic cylinders also use other sensors, including those measuring airflow and pressure, but we're focusing on position sensors. Of these, magnetic proximity sensors are probably the most common type. They're mounted onto the cylinder body, where they can detect the magnetic field generated by the piston's integral magnet. They indicate its proximity by relaying an ON or OFF signal to the control system.

The sensors can be mounted in various positions on the cylinder body to detect extension and retraction of the piston. They can also be mounted at one or more specific positions for more precise sensory input. The type of sensor you choose and the way they're mounted will depend on whether you have a round or a rectangular (profile) cylinder body.

Reed sensors have been in use for many years and are the most common type used in pneumatic cylinders. They're cost-effective and versatile, although typically slower and less resistant in extreme environments.

How Does A Reed Sensor Work?

A reed switch is a simple form of magnetic proximity sensor, comprising a pair of ferromagnetic nickel and iron reeds mounted axially inside a hermetically sealed glass tube. When no magnetic field is present, the metal reeds remain separate, in the OFF position. As the cylinder-mounted magnet approaches, the sensor generates a magnetic field parallel to it, switching to the ON position when a strong enough magnetic field attracts the metal reeds together.

Reed sensors usually last for at least 10 million switching cycles, and they're inexpensive to acquire and install. They can function with either AC or DC electrical loads and require no standby power.

Conversely, they're comparatively slow, and may not work well with high-speed applications. As they're mechanical devices that contain moving parts, they will eventually fail after a finite number of switching cycles. Using them with high-current loads will also reduce their life expectancy. The main concern for reed switches is that they can be unstable in applications that deliver high shock and vibration frequency.

There are three types of electromagnetic sensor:

These are solid-state devices that use semiconductors instead of mechanical parts. This makes them easier to mount, faster to react, longer-lasting and more resistant to vibration and shock.

How Do Electromagnetic Sensors Work?

Electromagnetic sensors work by transforming a measurable physical quantity into an electrical output signal. An HE sensor has a continuous electrical current flowing through a semiconductor. A radial magnetic field applied to the sensor causes the charged electrons within it to separate, and induce an output voltage across the HE circuit. The sensor is switched to the ON position when this voltage exceeds the switching threshold.

AMR and GMR sensors can apply a magnetic field either axially or radially, changing the electrical circuit's resistance properties to create a higher voltage gradient as the magnetic field increases.

These types of sensor are fast-acting, have no mechanical parts to wear out, and are much more resilient to shock and vibration. They're less sensitive than HE sensors and can detect weaker magnet fields, allowing better detection of piston movement over greater distances. AMR sensors are cost-competitive and more compact than reed switches, while GMR sensors are even more sensitive and can be even more compact. This makes them a good choice for smaller or shorter cylinders.

AMR sensors usually draw current continuously and are not so well suited to low-power applications. The high sensitivity of GMR sensors is beneficial for applications requiring immediate sensor feedback, but they may be disturbed by nearby magnetic fields of other machinery and thus cause unintended output signalling.

Reed sensors are still the most popular and will work for most common applications. Their technology has worked well over time, and their life cycle and vibration resistance have mostly been adequate. For more specialised applications, you'll need to take into account what environment your cylinder will be exposed to. Factors include the use of enclosed clean environments, extremes of temperature, and vibration and shocks.

For solid-state devices, you'll need to consider whether the output switching speed is critical to your application, and what output signal type your control system requires: PNP (positive) or NPN (negative).

The type of sensor you choose must have current requirements and switching power compatible with your control system. It must also incorporate any necessary circuit protections. You'll need to take mounting options into account according to your cylinder type, and magnet orientation to the piston if you choose a reed switch or HE sensor.

The final consideration is the power supply wiring to the sensor, as miswiring the sensor can permanently damage it. Solid-state (AMR, GMR, HE) sensors usually have a three-wire configuration; reed switches use two-wire.

Most people will go with a reed switch sensor for the usual run of machine applications, but more complex applications and automated systems may demand a more responsive solution. Considerations of space, power and responsiveness will all depend on its working environment, while cost-effectiveness is always a factor. 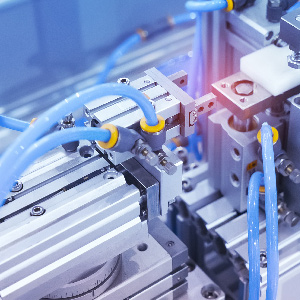 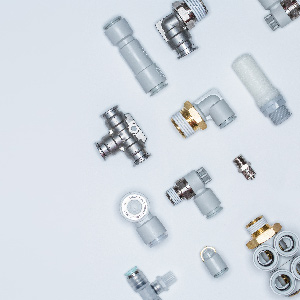 How To Measure BSP Fittings Correctly 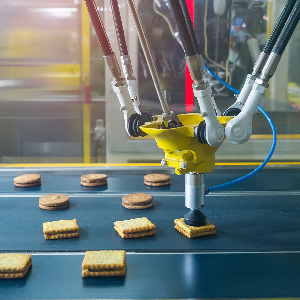